According to many sources, ketonuria is simply the presence of ketones in urine. (1, 2)

This is a concept many of us in the Keto world are familiar with. Who among us hasn’t bought ketone test strips (aka “Ketostix”) at the local drugstore to see if we’re in ketosis yet?

On Keto we want to make ketones – lots of them! – which will help fuel the body while we enjoy their many health benefits.

Once you’ve cut the carbs and you’re producing ketones, some of them will be excreted through the kidneys into the urine, which is then technically known as ketonuria.

But is that a bad thing? “Ketonuria” does sound a bit ominous.

For most people who are generally healthy and are following a ketogenic diet to enter a state of nutritional ketosis, ketosis and the resulting urinary ketones are not cause for concern.

Registered Nurse David Spero, RN notes that, “If your glucose is close to normal and you are well-hydrated, ketosis is no problem. Many low-carb diets create ketosis on purpose, as it can be an indicator of fat burning and weight loss.”

Ketonuria becomes an issue primarily for people who don’t naturally produce enough insulin, such as type 1 diabetics. For these individuals ketonuria can be a symptom of a very serious condition called ketoacidosis.

In order to distinguish between ketonuria that results from healthy ketone metabolism and a more serious medical condition, some sources define the term more stringently. 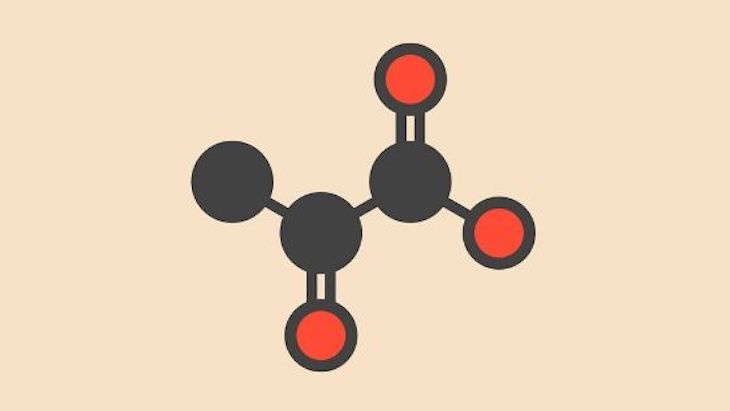 For example, the Oxford dictionary says ketonuria is “the excretion of abnormally large amounts of ketone bodies in the urine, characteristic of diabetes mellitus, starvation, or other medical conditions.” (1)

For our purposes this second definition is much more useful. Read on as we discuss the causes and symptoms of ketonuria, situations in which additional medical attention is required, and the people at greatest risk.

For generally healthy people who are not diabetic, the body has a mechanism to prevent ketone levels from becoming too high. For these folks, ketones in the urine is simply one of the signs of ketosis.

Other signs include increased thirst, lack of appetite, weight loss, and a fruity breath odor. In this context, these present little to no risk, and are often alleviated with electrolytes and the passage of time.

Routinely testing urine for ketonuria can be an important step in catching ketoacidosis early and getting the right treatment.

Here are some symptoms that may accompany ketonuria and ketoacidosis, indicating medical attention is necessary: (1, 1) 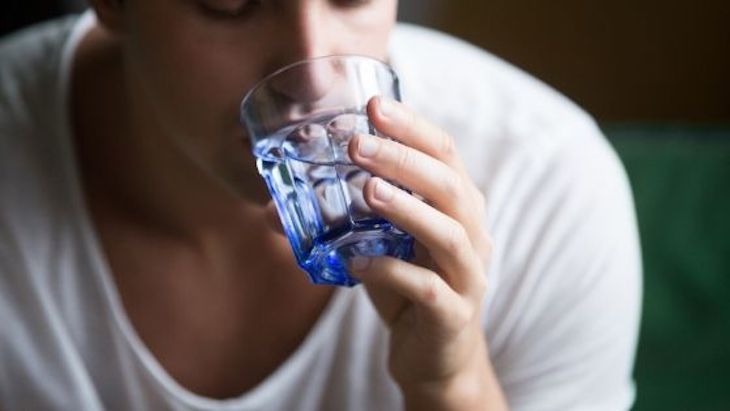 It’s important to make this point clear: If you don’t have diabetes, Keto won’t give you ketoacidosis. Likewise, ketonuria is only a sign of trouble for people with certain types of diabetes, pregnancy or other high-risk medical conditions.

Our bodies are wonderfully adapted to produce ketones to keep us going when there isn’t enough food, or when the body thinks there isn’t enough. So in cases of starvation, fasting, and prolonged exercise, you may enter a state of ketosis.

Ketonuria may occur during severe stress or illness. It’s estimated that about 15% of non-diabetic hospital patients have ketones in their urine. (1)

And of course sometimes we produce ketones on purpose, by following a ketogenic diet.

In all of these situations ketonuria is common and not generally cause for concern.

For people whose bodies do not naturally produce adequate insulin, ketonuria is a warning sign that ketoacidosis may be present or developing.

In these cases, according to the National Institute for Health and Care Excellence in the UK, “The presence of ketones indicates that insulin concentrations are too low not only to control blood glucose concentrations but also to prevent the breakdown of fat (lipolysis).” (1)

Excessive intake of alcohol can also result in ketonuria and ketoacidosis. Alcoholism is often accompanied by a poor diet and lack of nutrients, so the body breaks down fat to sustain itself, producing ketones in the process.

By far, the most common medical condition that leads to ketonuria is poorly controlled diabetes. Insulin is needed to shut down climbing ketone levels before they get too high. Without enough insulin, ketonuria and ketoacidosis can develop.

For these individuals ketonuria is a danger sign – one that requires close monitoring and medical attention.

It’s considered a medical emergency when ketonuria and high blood sugar (>250mg/dL) are both present. The combination suggests inadequate insulin and high risk of ketoacidosis. (1, 1)

Routine urine testing is common for diabetics, to screen for the presence of ketonuria. It is often recommended that diabetics check for urinary ketones when their blood sugar is greater than 240 mg/dL. (1)

The American Diabetes Association recommends calling your doctor if your urine test shows high levels of ketones, with or without high blood sugar. (1)

Testing for ketonuria at home is simple and inexpensive, and may make the difference in getting the right medical treatment before ketone levels rise too high. 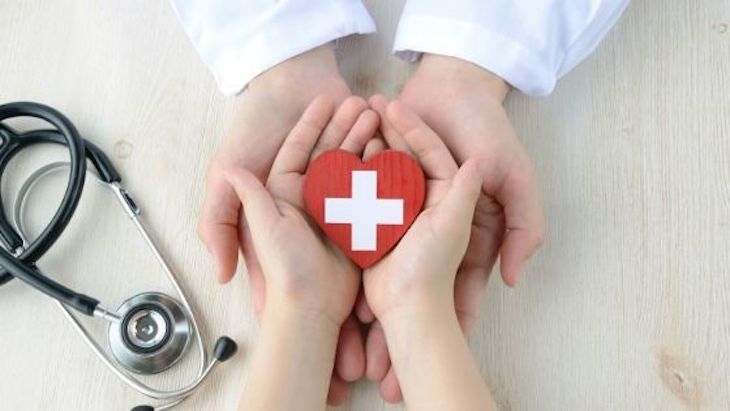 Ketonuria can be quite common during the various stages of pregnancy, labor and delivery, the postpartum period, and even during lactation. It affects at least one in five women. (1)

Some typical – and usually temporary – causes of ketonuria in a healthy pregnancy include vomiting, exercising, or simply fasting overnight. In each of these cases the body perceives a shortage of energy, so it breaks down body fat for fuel.

Ketones are produced naturally as a byproduct of this metabolic process. In most of these situations, ketones stop being produced when the body again has access to food.

Ketosis and ketonuria become more concerning in the later months of gestation.

In some rare cases, vomiting during the third trimester leads to “starvation ketosis”. (1) In this condition ketone levels can rise very high, leading to metabolic acidosis, a very high-risk condition for the baby.

In the second half of the pregnancy, hormones produced by the placenta can result in the breakdown of fat, leading to the production of ketones. (1) This is a normal process, but around the beginning of the third trimester the risk of insulin resistance and gestational diabetes also increases significantly.

These factors, if not properly controlled, can present a very dangerous situation for the fetus.

Research has shown that high ketone levels can have an adverse effect on the baby’s nervous system. (1).

Some studies indicate that ketonuria is associated with worse outcomes for the fetus, including reduced amniotic fluid volume and abnormal fetal heart rate. (1) This has been observed with even small levels of urinary ketones.

In one study, IQ testing was completed on children born to mothers with high levels of blood ketones. They found that the higher the maternal ketone levels during pregnancy, the lower the child’s IQ score. (1)

In each of these situations ketonuria is present because ketones are being produced by the body. Ketonuria is an important sign that additional monitoring and medical intervention is necessary.

For people who are not diabetic or pregnant, ketones in the urine are simply part of a healthy metabolic system. For most people ketonuria resolves once they break a fast, eat some carbs, or stop exercising.

The medical treatment given for ketonuria varies to some extent, according to the patient’s clinical need.

In the case of diabetic ketoacidosis, according to Dr. William C. Shiel Jr, MD, “Treatment with insulin and intravenous fluids can restore normal levels of blood sugar and end ketoacidosis and ketonuria.” 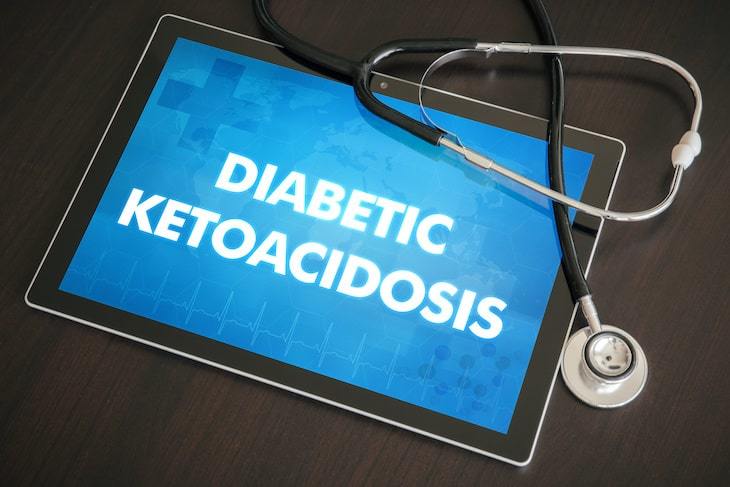 Electrolyte replacement, such as sodium, potassium, and chloride, may be added as well, due to the high likelihood of dehydration and mineral loss.

In one case study, a 32-week pregnant woman tested positive for ketonuria as well as blood ketones. After she was diagnosed with starvation ketoacidosis, treatment was initiated with “intravenous fluids, dextrose, thiamine and folic acid.” She went on to deliver a healthy full-term baby. (1)

Know Your Risk for Ketonuria

It’s important to closely monitor any medical conditions that put you at higher risk for ketonuria or ketoacidosis. For some people ketonuria is a sign of a more serious problem and the need for medical intervention.

However, if you’re following a ketogenic diet and you don’t have any of the high-risk conditions discussed here, urinary ketones are are normal and a sign that your body is in a state of ketosis. Well done!

Latest Keto Diet Is Here Get It On Best Price